Despite the concept of a worker co-operative not being common in Japan, the sector has reported a turnover of 27 billion yen (USD343 million) and has 40,000 members.

The Japan Workers’ Co-operative Union (JWCU) said it is fighting the battle for co-operation in a country where the “concept of a worker co-operative is uncommon,” according to the recent report.

The report read: “Work is an essential part of our lives. Yet, it is increasingly treated like merchandise, with little respect, leading to a less respectful society. We believe that this phenomenon has derived from the excessive market economy and competition. More and more people are now calling for decent jobs. Their urgent message is: ‘We like to work and live like humans.’”

JWCU is made up of 63 member co-ops and has 11,867 worker-members as of March, 2010. The organisation has helped to spread the values of co-operation across Japan. It is in the final phases of its legislature movement for a co-operative law, currently 800 out of 1,800 municipalities have recommended the immediate approval of the law.

Like many organisations in Japan its biggest challenge came in March 2011, when the country was hit by the tsunami. JWCU provided supplies, support and financial aid to those affected.

It is still continuing to help re-shape Japan through such projects as offering vocational training courses in forestry and farming to people in Otsuchi Town where 10% of residents were killed or went missing during the disaster.

“A number of people in the disaster areas are losing concentration and energy without clear future prospect. Many of them have lost unemployment benefits without hope of finding a job. Yes, we do have a lot of challenges, but we are moving forward, slowly but surely,” explained a statement from the JWCU.

Picture: JWCU members have set up over 300 community welfare centres to provide a new type of social services for elderly people. 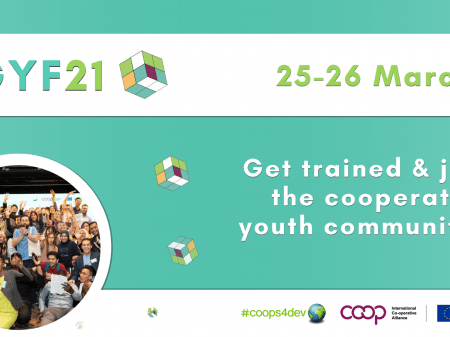 Next 3 July, the International Day of Cooperatives (#…

The ICA was pleased to welcome another member this…