“This distinction comes with responsibility for us, since this International Cooperative Alliance of which we are part, is not only open, dynamic and purposeful, but also deeply committed to the history of our movement. And that history is made of concrete actions, which translate the values ​​and principles that characterise us into facts and make us the largest global network of enterprises established in every territory and united by the constant search for the common good, in every corner of the planet,” said ICA President Ariel Guarco upon receiving the Denon Artean Award from the Higher Council of Cooperatives of Euskadi (CSCE / EKGK).

The award was given to the ICA on 6 October 2021 during a ceremony that brought together state level and international cooperatives at the Kursaal in San Sebastián. The first edition of the award, in 2018, was awarded posthumously to José María Arizmendiarrieta, the founder of the Mondragon Corporation.

On the occasion of the Denon Artean Award, the CSCE / EKGK and our member Confederación de Cooperativas de Euskadi-KONFEKOOP, organised numerous meetings and activities of leading cooperative organisations, from 1 to 7 of October. Thus, the Spanish confederations of cooperatives of associated work, as well as those in the agri-food, education, housing and consumer and user sectors, held different cooperative events in which the president of the ICA also participated.

The Confederation of Cooperatives of Associated Work (COCETA), a member of the ICA, held its annual meeting on Wednesday, 6 October. The opening featured ICA President Ariel Guarco who presented his book - Cooperative Principles in Action.

"I deeply value your commitment to create decent work in urban and rural areas, to promote the equitable participation of women in the workplace and to save jobs by recovering companies in crisis, both in Spain and in the rest of Europe," he said.

Other meetings were held on the same day, such as the board meeting of ICA member CEPES. The day before, the President of the ICA had participated in the II Cooperative Meetings, organised by the Association of Social Economy Companies of Navarra (ANEL) and the Union of Agrifood Cooperatives of Navarra (UCAN) with the collaboration of the Government of Navarra in Pamplona.

During the latter, Mr Guarco was received by the President of the Government of Navarra, María Chivite, with whom he shared visions about the power of co-operatives at a local, regional and global level. While in the Basque Country, the president of the ICA also held meetings with government authorities. Hours before the award ceremony, he was received by the General Deputy of the Guipúzcoa Provincial Council, Markel Olano. He had previously visited the Basque head of government (lehendakari), Iñigo Urkullu.

The Vice President and Minister of Labor and Employment, Idoia Mendia, also attended the award ceremony. "We work for an economic and social recovery based on cooperative values: solidarity, participation of working people, roots", declared Ms Mendia.

"I celebrate the synergy of the Basque Government and the cooperative sector of that region, which is so thriving and contributes such a valuable legacy for our movement worldwide," Guarco encouraged.

During his visit to the Basque Country, the president of the ICA also visited the Mondragón headquarters, where he was received by the president of the Cooperative Corporation, Iñigo Ucín. "It is an impressive experience, sustained by the cooperative work of more than 80, 000 people. Born here, in the Basque Country, during the post-war period, it is an example of cooperative principles in action and reaching all continents," said Mr Guarco.

Prior to all these meetings, a conference was also held in San Sebastián on 1 October. The event was organised by Geizki –Institute of Cooperative Law and Social Economy of the UPV / EHU- in collaboration with the Higher Council of Cooperatives of Euskadi, to analyse Basque cooperative law in the context of international law, an event in which the chair of the ICA Cooperative Law Committee, Hagen Henrÿ, also participated.

The Superior Council of Cooperatives is a unique entity in the national, European and global cooperative world, due to its public-private nature, among other specificities. Thus, it is made up of representatives of the Basque Government, the Provincial Councils, the Basque universities and KONFEKOOP, with a majority representation. In addition to being the consultative reference in matters of co-operatives, the main function of the Higher Council of Cooperatives of Euskadi is the promotion and dissemination of the co-operative model, which is showcased via the Denon Artean Award. 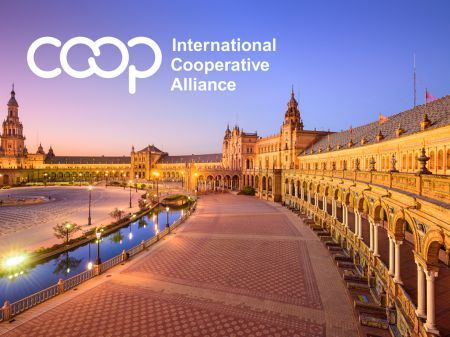 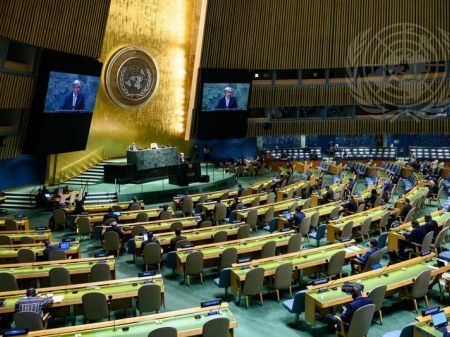