The declaration highlights how co-operatives can play a key role in empowering women across the world. Chair of the ICA’s Gender Equality Committee, María Eugenia Pérez Zea, described how from early days co-operatives have been championing equal rights for women and men. The Rochdale Society of Equitable Pioneers, considered by many the originator  of the modern day co-operative movement, allowed men and women to be members of the co-operative.

One of the women who benefited was weaver Eliza Brierley who in March 1946 became a full member of the co-operative, “at a time when women were ‘owned’ by their father or husband, had no legal or civil rights and were excluded from equal economic participation in society,” wrote María Eugenia Pérez Zea.

She noted that in spite of their support for the cause, co-operatives still had to improve their capacity to empower women collaborating with civil society and supporting the voice of activists in the processes of raising social awareness and the formulation of policies. The role of co-ops is particularly important in rural areas, where women support themselves and their families by belonging to a co-op, added Ms Pérez Zea. She called on co-op activists to help tackle the greatest barriers to gender equality.

“When millions of women come together, millions of stories emerge to make visible the situations that prevent us from achieving gender equity; millions of faces show to the world the infringement of their right, how they are under-estimated and stigmatised, and millions can also act to transform highly concerning and prevalent realities, such as sexual violence and harassment,” she added.

She presented some alarming stats around women’s rights - one in five women and girls between 15 and 49 years of age have suffered physical or sexual violence from a partner in the last year around the world while 49 countries still do not have laws that protect the female population from that kind of violence. Furthermore, 37 countries legally absolve rapists of all responsibility if they are married to the victim and in 18 countries husbands can legally prevent their wives from working.

Around 750 million girls and young people have married before they reach 18 years of age and at least 200 million women and girls in 30 countries have undergone genital mutilation. Inequality is an issue in urban areas as well. More than 50% of women and girls in urban sectors of developing countries lack clean water, sanitary facilities or sufficient room to live and 15 million girls of school age will never have the opportunity to learn to read or write in primary school.

“This is a historic moment that calls us to redefine stereotypes of power and leadership for women. The negative consequences of inequality are suffered by all of humanity and achieving effective equity is a social and economic imperative that must be fought not only by women, but also by men equally. Equality is synonymous with advancement and progress, but it is something that must be done including the other; equality is moving forward without leaving anyone behind,” she concluded. Her full statement is available on ICA’s website.

Photo: María Eugenia Pérez Zea together with other members of the Alliance's Gender Equality Committee met in Malaysia in November 2017. 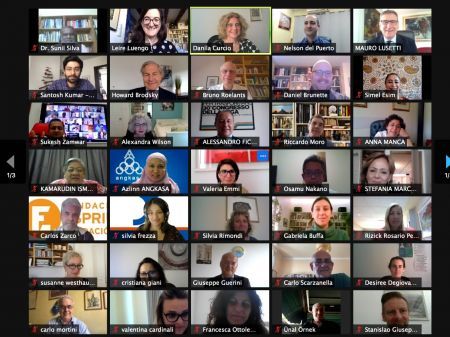 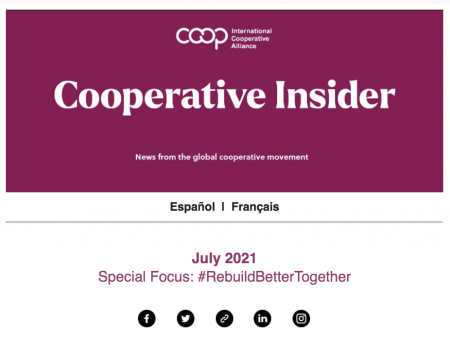 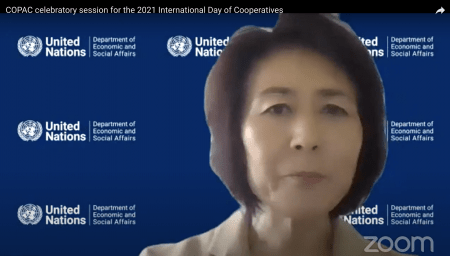 The Committee for the Promotion and Advancement of…

How are cooperatives fostering gender equality?