The ICA’s story: a journey back in time

The Congress will be an opportunity for the global movement to celebrate an important milestone for the ICA, which was founded in August 1895 after a Cooperative Congress in London.

Back then, British cooperator George Jacob Holyoake introduced a motion to appoint a committee for the purpose of establishing an International Cooperative Alliance. Adopted unanimously, the motion called for the establishment of a committee of five members to look at creating an alliance.

On 19 August 1895, the committee hosted the first International Cooperative Congress in London. In a note promoting the August Congress, the convenors pointed out that while the British public was well aware of the success of cooperatives in their country, little was known about people’s banks in Germany, Austria and Italy, “the great cooperative workshops in France” or the combined system of self-employing labourers of Italy.

The International Congress was meant to highlight these success stories as well as enable cooperatives in different countries to establish commercial relations. Delegates agreed to go ahead with setting up an International Cooperative Alliance.

In the early 1900s the ICA expanded membership beyond the original Anglo-French core. At its 1913 Congress in Glasgow the ICA passed a peace resolution and agreed that the executive committee should include members from more than just one country.

Following the war, the ICA started engaging with the newly formed League of Nations and ILO. Relations between ICA and ILO were facilitated by the appointment of French cooperator Albert Thomas as the first ILO director. He attended ICA meetings as a representative of French cooperatives.

Nowadays, around 310 organisations from 110 countries are members of the ICA. It is also one of the oldest non-governmental organisations and one of the largest ones measured by the number of people represented: 1.2 billion cooperative members on the planet.

ICA president Ariel Guarco explains: "In times of strong global challenges, we are called upon to strengthen our cooperative identity to continue building a more just world, that protects our common home and provides opportunities for all, without leaving anyone behind.

"We are present in all cultures, all over the planet, beyond the political, economic and social fluctuations that have been occurring in these 125 years. This shows that the cooperative model is universal, it belongs to anyone who has the will to organise with others under the cooperative values and principles to meet their needs and those of their community. We are recognised by many international actors but we still have to continue joining our efforts. The International Cooperative Alliance, 125 years after those pioneers took the first step, remains our great tool to integrate, strengthen our ties and make us heard on the global stage."

This year also marks the 60th anniversary of the International Cooperative Alliance in the Asia-Pacific region (ICA-AP). Over the past 60 years, ICA-AP has worked to unite and represent cooperative movements in the region and globally, with the support of members, aid agencies, and governments. ICA-AP is planning a number of celebratory events during this landmark year. Register for the ICA-AP newsletter here to receive regular updates about its events.

The World Cooperative Congress will be held in Seoul, Republic of Kor ... 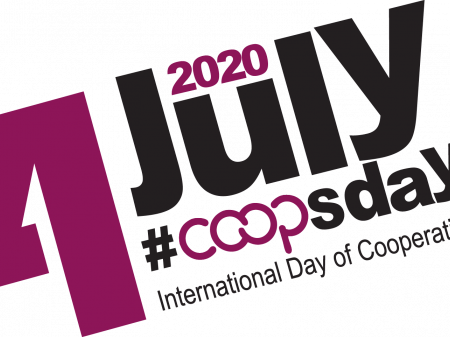 The countdown to the World Cooperative Congress begins!